He talks about falling in love way too soon.

Dating sites are a playground for cheaters and con-artists. Married men boldly pursue you while concealing their identity from a spouse. Online predators create fake profiles and scam money from unsuspecting women. Knowing the online red flags can protect you from heartbreak and a depleted bank account.

Online con-artists are experts at detecting the needy, lonely and naive woman. They will listen carefully to you, size you up and know just what to say to steal your heart.

They reel you in by playing on your emotions, telling you of his dreams and of his past hurts. Many times, he will tell you he once "had it all" but lost it so you will feel sorry for him. He blames an ex-wife or ex-girlfriend, making him look like the mistreated and victimized partner. He may create an unexpected illness, hospital visit or personal emergency, setting you up for a loan he never intends to pay back.

Online foreign predators can easily conceal their identity by creating a fake profile. Once they were easy to spot, they didn’t post a photo or their photos were blurry and slightly off. Their profiles were poorly with misspelled words, broken English and punctuation errors. They have learned to perfect their fake front: they post handsome photos and nicely written profiles that they stole from social network and dating sites. Pay attention to the content; it may feel odd because he’s really a Nigerian scam artist trolling dating sites for his next victim.

Con artists will send you a flirtatious message, saying you’re beautiful and intriguing and he fell in love with your profile. He immediately wants to go IM (instant messaging) and get your personal email and phone number. He wants to obtain personal information about you quickly so he adapt his conversation to meet your needs, tug at your heart and gain control of you.

Cheaters and romance artists come strong in the beginning. They wow you and woo you and they have plenty of time for you with numerous long phone calls, emails and chats. They send you flowers and sentimental cards. They talk about being in "love" way too soon. They tell you they have never felt like this about another woman; he’ll say things like you are a “God send.” They make you feel adored and special. Your relationship seems “too good to be true.” It’s easy for them to be bold and aggressive because they’re not looking for a serious relationship.

Here are the red flags of a romance artist:

Arrange your first meeting in a public place like a coffee shop, book store or restaurant.

Don’t allow him to pick you up or accept a lift home until you know the person well.

Save all messaging, texts, emails or chat logs, and pay very close attention to details. You may pick up on discrepancies of things he has told you.

Ask to see his driver’s license. If he balks, he’s probably not who he says he is.

Most importantly, if you feel suspicious or uncomfortable about a man, trust your gut instincts something is NOT right.

Are you influenced by a man’s good looks, flattering words and success?
Do you have a history of dating and falling love with the wrong man?
Have you recently broken up with an abusive man?

Learn the early warning signs of anti-social personalities in: Never Date a Dead Animal: The Red Flags of Losers, Abusers, Cheaters and Con-Artists by Nancy Nichols

For more dating insight sign up for Nancy's Newsletters. 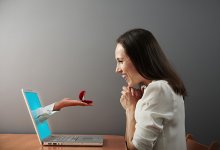 Online Dating: The Red Flags In A Man Messages 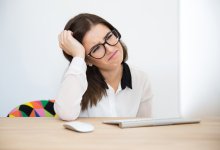 Online Dating: Should A Woman Make The First Move? 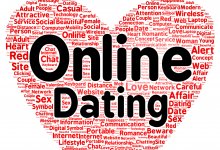 Dating Over 50: Profile Mistakes That INSTANTLY Turn Men Off 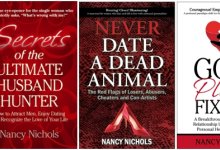