How To Tell A Man "You JUST Want To Be Friends"

You can't sleep with a man and expect him to keep his hands in his pockets.

They say men think about sex every 7 seconds—even with a woman who his “friend.”

Keeping a man as a “friend” can be a single woman’s biggest dating challenge. Men are genetically wired to propagate the human species; they want to be sexually involved with a woman. Sometimes a woman wants to date and enjoy a man’s company without having to commit to a sexual relationship. How then does she balance dating and friendship without fumbling the entire relationship? First and foremost, if you want to keep a man as a friend—don’t sleep with him!

My friend Michael says, “A man doesn’t want to be a friend to a woman he has slept with, because if he got it once, he’ll want it again. And if he doesn’t get it—he will resent her and drift away.”

If you’re not romantically interested in a man, DON’T send him mixed signals.

When a woman continually allows a man to pick her up at the door, take her out to dinner, pick up all the tabs, and she even accepts his gifts, he will feel he is courting her and he will expect a physical connection. A woman who is flirtatious, reveals Pamela Anderson cleavage, and is touch-feely (sitting next to him she lays her hand on his thigh), will lead a man to believe—she is available.

Single women often don’t know what to say or do to discourage a man’s romantic pursuit. A woman is too nice. She’s insecure. She doesn’t want to hurt his feelings by telling him the truth: that he's not boyfriend material and she only wants to be friends. She takes the weak-sister way out: she avoids his phone calls and snubs his invitations, and the man is, of course, hurt by her unexplained rejection.

My Ben-Affleck-look-alike son said, “There’s nothing I hate more than a woman who’s not honest about where you stand with her. Just get it out of the way and tell him you only want to be a friend. He’ll figure out the rest.”

My client Angie had several dates with a man. She liked him, and he was genuinely attracted to her, but she said his medical issues disqualified him as a potential boyfriend.

“I don’t know what to tell him,” Angie whined. I read between the lines.

“Well, don’t burn your bridge,” I exclaimed. “Keep him as a friend. You can still enjoy going places together.”

Until a man confronts you with, “I want to be more than just friends,” you should not assume that you are anything but friends. In the meantime, tell him to keep his sausage in its wrapper, be a fun date and enjoy your time together.

Here are words-to-say that can keep a man as a friend:

Telling a man that you just “want to be friends” will, most likely, cause him to pull away from you, temporarily or permanently. If he does, give him time to reflect on his feelings, and then call him in a couple of weeks to test the water. If he greets you with indifference or an unfriendly attitude, you will have your answer. But if he seems receptive, invite him out for a drink or dinner—and you pick up the tab. Read the unprecedented story of how Nancy Nichols discovered the secret to attracting the genuine interest of quality men in  Secrets of the Ultimate Husband Hunter.

Secrets of the Ultimate Husband Hunter:
How to attract Men, Enjoy Dating and Recognize the Love of Your Life
by Nancy Nichols 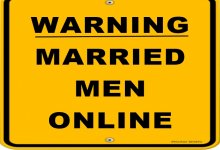 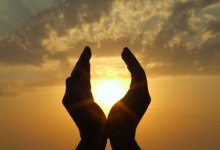 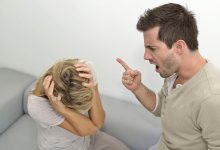 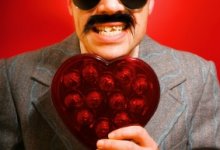