He Fooled My Heart But He Couldn't Fool My Gut

Dr. Dirtbag hammered me when we argued and then he denied his hurtful behavior and he blamed me for our relationship problems.

Dr. Dirtbag zinged me with a hurtful remark about my weight (I was a size 8). He jeered "Ya know, the problem with fat people is they never leave anything on their plate. When you finish eating, I don't even have to wash your plate." I told his comment hurt my feelings. He snapped, " Geez, You said you wanted to lose weight. I was trying to help you. I'll just leave you alone from now on." He made me feel guilty, but in my gut I knew it was his attempt to throw me off track.​

When I was growing up I heard statements like, “You shouldn’t feel that way. You’re over-reacting,” and, “You’re being too sensitive, Nancy.” While these statements seemed harmless and insignificant, it was put-down phrases like these which told me my feelings were incorrect and taught me to doubt, deny and stuff my feelings. I grew up with a weak sense of self. I doubted my self-worth. I doubted my ability to understand people or a difficult situation.

As an adult I was naïve and trusting. I evaluated men (and everyone) with my impressionable, impulsive emotions. I repeatedly made bad relationship choices and I got my heart broken frequently.

I didn’t trust my judgments about men. When I dated a guy, I struggled to figure him out. I whined to my girlfriend, “Do you think he likes me?” “What should I say or do next?” “Do you think he’ll call me again?” “Why did he stop calling me?” And, of course, “What did I do wrong?”

I was accustomed to the accusing, disparaging, befuddling statements that a man would hurl at me during an argument. He’d growl, “That’s not what I said,” or “You heard that wrong,” or “I don’t remember saying that,” or “Lighten up, will ya? I was just kidding.” When those digs failed to squelch my spirit he’d use his well-honed jab, “You’re over-reacting”—code for: “What’s wrong with you?”

I wondered, was I crazy like he said I was? Was I being overly sensitive to his seemingly spiteful, wounding remarks? Could I have misheard or misinterpreted what felt like a hard slap in the face? Am I the one who is destroying our relationship—like he says I am?

And then I began to ask myself: If I misunderstood what he said, or if he didn’t say what I heard him say, or if he said something completely different from what he did say: Why then did I hurt so bad inside?

Am I that much out of touch with reality?

Somewhere just below my consciousness, my small intuitive voice pleaded to be heard. She murmured, You know the truth. You suspect he’s lying. You sense he is shifting the blame to conceal his own bad behavior. But I loved him and I didn’t want to give him up—and so tuned out my spiritual knowing voice. I shut my eyes to the truth. I denied and suppressed my hurt feelings. I rejected my intrinsic need for self-preservation and I stayed in a relationship that promised to break my heart.

My Woman Within’s blood boiled; she screamed: NO! You’re not wrong! You did NOT misconstrue what he said. You are NOT over-reacting to his manipulative, disparaging comments. You DID interpret his demeaning remarks correctly. This scumbag may fool your heart—but he can’t fool your gut!

A woman who mistrusts her intuition turns over control of her life to another.

Don’t let a man, or anyone talk you out of your feelings because there is a reason you feel the way you do.

When a boyfriend or husband tries to put you down, remember this: a man’s discounting, dismissive, blaming statements are designed to make YOU doubt your ability to reason and understand a dysfunctional relationship.

When I stopped listening to the self-serving, manipulating statements of others, and I looked inward for my answers: I found wisdom. I began to see people as they were, not as I imagined or hoped they would be. I was no longer victim to a man’s charm, deceiving words and empty promises.

Are you struggling to understand a hurtful relationship? Learn how to stand up to a dysfunctional, abusive boyfriend or husband in Nancy Nichols’s newly released self-help book God, Please Fix Me! 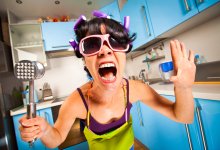 Illogical Emotions Will Cause You To Make BAD Relationship Decisions 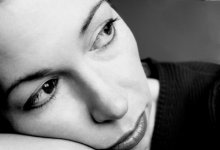 Stop Second Guessing His Bad Behavior And Trust Your Intuition