He says he is only "kidding" ... but my core felt demeaned and devalued. 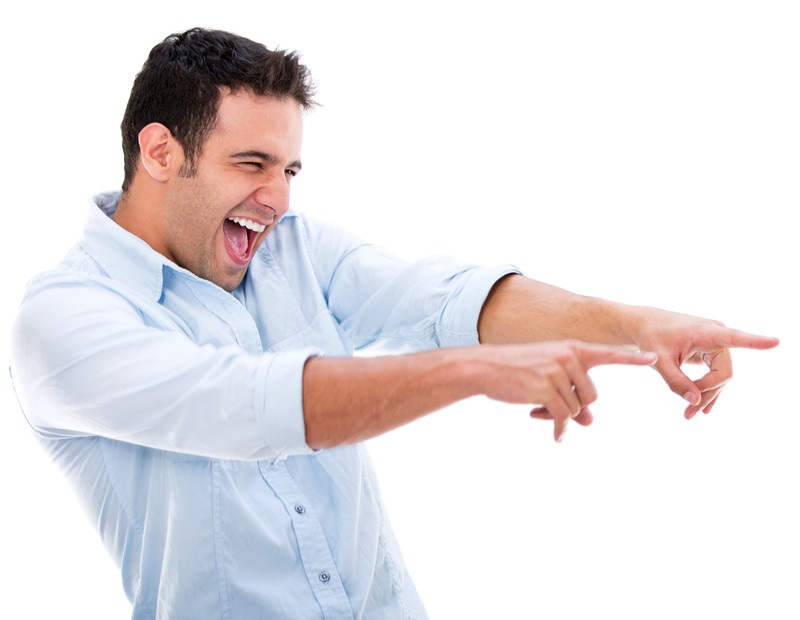 Verbal abuse can begin as small digs disguised as jokes. Your boyfriend or husband teases, ridicules and humiliates you with sarcastic remarks about your appearance, personality, abilities and values. If you tell him, “I don’t think that’s funny,” or you ask him to stop “poking fun at you” he may become defensive, irritated or angry.

He tells you, “You’re too sensitive” or “You can’t take a joke.” His blaming statements are very convincing and you wonder if you are over-reacting. You question your ability to reason and you doubt your perception of his abuse.

His denial of your experience of his abuse adds another layer to his abuse.

He makes comments about you in front of friends that mock or belittle you. He conceals his acrimony with a smug grin and laughter. Because his public ridicule is unexpected, it throws you off balance and it embarrasses and humiliates you. Your friends may laugh at his wisecracks but your heart felt the jab and your brain struggles to interpret the true meaning of his put-down. If you show shock or displeasure he may patronize you with a hug and tell you he was only “kidding.” He maintains his good guy façade and your friends wonder why you are overly emotional about a mindless joke.

“It takes a quick mind to come up with ways of disparaging the partner either crassly or with wit and style. This kind of abuse is not done in jest. It cuts to the quick, touches the most sensitive areas, and leaves the abuser with a look of triumph. This abuse never seems funny because it isn’t funny.” — Patricia Evans, The Verbally Abusive Relationship

Over time his ridicule and put-downs can severely damage your self-esteem, sense of self and integrity.

Dr. Dirtbag was a master at covert ridicule. We were eating dinner in front of the TV and out-of-the-clear-blue-yonder, he said, “Ya know, the reason fat people are fat is they don’t know when to stop eating. Your plate is so clean when you get I through eating I don’t even have to wash it.”

I froze mid-bite. He could see the hurt in my eyes. Instead of apologizing he feigned innocence, saying, “Oh, did I say something wrong?” He swore he didn’t mean it and he projected the blame onto me, saying “Geez, I was just trying to help. You told me you wanted to weight. I can’t say anything to you. I’ll just keep my mouth shut.”

His sole purpose was to shock and wound me with his spiteful put-down.

She can’t remember anything; she has sticky notes everywhere.

She‘s so funny; she burns everything she cooks.

She can’t find her way to the grocery store without a GPS.

Having a bad hair day?

You would forget your name if it weren’t on your driver’s license.

He is saying, I can say whatever I want to say about you because I am “just” being funny.

Understand, the purpose of his hostile, disparaging humor is to victimize, belittle and insult you. If you don’t react to his ridicule, he will not be able to control, dominate and power over you.

Instead of reacting to his ridicule (I know it's hard!), try this:

Chances are your abusive partner will never change, but you can change the way you react to his verbal abuse.

If You’re With This Type Of Guy, Odds Are You’re Being Abused

Is your boyfriend or husband verbally abusing you?

Understand the covert tactics of an abusive personality in Never Date A Dead Animal:  The Red Flags of Losers, Abusers, Cheaters and Con-Artists by Nancy Nichols

Paperbacks and eBooks available in Barnes and Noble and Amazon.com and online stores.

For More dating insight sign up for Nancy's Newsletter.